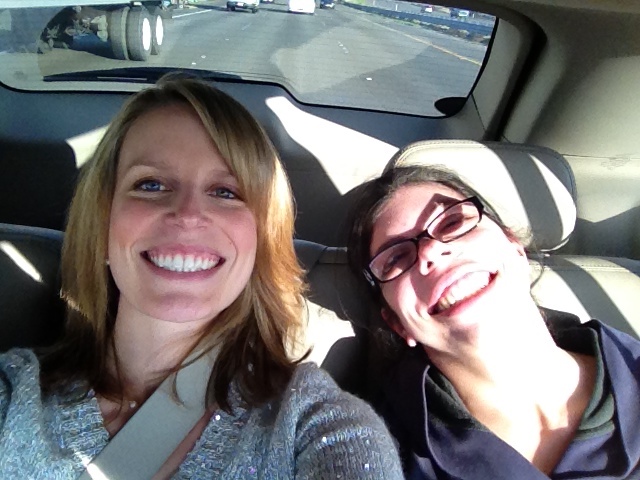 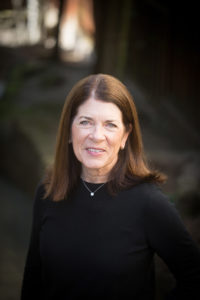 I wasn’t quite 35 when I had my third child, Emmy. We were thrilled to have another baby – years after our second, and so precious. The story of Emmy is a heart-filled one, full of hope and lessons. It’s about the heart.

The news quite early pulled at our heart in another direction: she would be initially diagnosed with mild aortic stenosis. Children with mild-to-moderate degrees of aortic valve stenosis will have easily detectable heart murmurs, and typically have no symptoms at all, so we were both grateful and sad to know. I sensed there was more news to come.

Six months later I knew something was afoot when Emmy was not reaching milestones that my other children met with ease. The weeks were filled with meeting with specialists, with positive hearing tests, followed by a relief that the heart abnormalities we were concerned about were getting resolved. All the while a happy baby would look up at me, and she was beautiful. I adored this little girl, and I was also terrified. That dichotomy was a ride of continuous emotions as I was given news constantly from pediatricians, where I was grateful again for the talent of some of them. We would analyze family photographs to build a diagnosis, which was bewildering in its simplicity. But soon we had one: Emmy had Williams Syndrome.

Newborns with Williams Syndrome have characteristic specific facial features that we came to recognize. Still, she was beautiful and so loving that she moves my own heart in a very special way. Williams Syndrome also presents very specific personality traits:  people with it tend to have a sweet, loving disposition— and that can be a big part of their vulnerability.

This was failure to thrive. This was mental retardation. But the labels didn’t tell the whole story. This beautiful child that I loved so much was adored by others, too, including her siblings. When she was two, my son John would go get her out of her crib and sit and watch Sesame Street with her. He had quite a heart as well.

Her teachers loved having Emmy’s positive and happy energy in their classes. I appreciated her amiable nature, her wanting to be near me, and her incredible capacity to love.

Although Emmy’s diagnosis was mild, I felt fearful of what would happen to her in the big wide world. How would she survive disappointment and how could I keep her physically safe? How would I live with the strong feelings of love and helplessness at the same time? As life unfolded with Emmy, like everyone else, she had her good days as well as her bad. We rolled the dice with elementary school and she did well.

We rolled the dice again with middle school, and it was tough dealing with the inevitable bullying she would experience. Somehow, I know that the children bullying had their own challenges, and we would resolve it, but I would feel the experiences deeply, and that was overwhelming.

But there were always days of joy. My niece wrote about Emmy while in middle school because she was asked to write about her hero. Emmy was that person for her. One year younger than Emmy, Annie had clearly learned so much. The entire family has been touched because Emmy is in their life.  Her innocence extends to everyone, and she can be over-trusting. These are things we need to continue to work on with her.

The staffs we have come to know through the years have been wonderful. And with that, along with her own resolve, Emmy thrived in school. She was a cherished student in High School among the teachers.  She made real connections. I saw so much strength in her every day, from studying to socializing.  This close community helped us succeed for her and with her, and the highs were so high.  But the lows were quite low, too. I wanted the very best for her. Again, it was quite overwhelming.

At 18 we rolled the dice again—and we got great news. Her thriving in school took an even bigger, better turn when she attended a special needs college in Massachusetts. A weight was lifted as she thrived more than ever in a community of her own. This two-year program became four years as she came home to share the stories of her own fulfillment and happiness. Not only was she in college like her siblings had been, she was blossoming there and discovering her own identity. And we loved hearing the happy news.

At first a plan was born: she would come home from college and then start at Big Wave once it was built, about two years later. The Big Wave Project was an extension of what Emmy was experiencing in college, but even more. Close by in the town Princeton-by-the-Sea, a residence community would be built to fully accommodate adults with special needs, with learning and employment opportunities to keep the organization independent and specialized for someone with a developmental disability. We call these “intentional communities” because they are built on the background of highly skilled professionals who design the program based on what an adult with special needs requires—this highly complex group of human beings need what you and I need: the opportunity to thrive in an independent environment, with their peers. Big Wave was important not just for Emmy, but for any adult who would need it.

We asked so many questions. How would this affect her safety and comfort? We were assured as Big Wave grew from an idea to a solid plan. How would the social aspect of this be managed well? We became consistently pleased with the plans, while visiting other intentional communities. Big Wave was checking all of the boxes and encapsulating all we needed. It wasn’t long before I joined the Board and felt that at Big Wave we were proving ourselves year after year.

As Big Wave has grown in support, however, to this day there are delays, as government red tape and ignorant opposition produce delays. The same people opposing Big Wave once opposed the Devil’s Slide tunnel and the Half Moon Bay Library. But we have been elated with the large support Big Wave has received.

Still, we wait. Still, Emmy lives at home, her growth stifled, her insomnia and mild anxiety a reality, but her determination is clear. She rides the bus to Special Olympics basketball. She honors her chores in the house. She will lovingly wait for the car to come home to unload the groceries. But the longing is there.

She is a comfort to me when it is all too much. This loving young woman is waiting. Soon she will be independent and fulfilled as Big Wave clears the final hurdles.